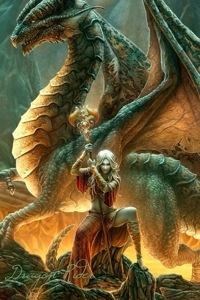 I really need to train my brain to come up with blogs during daylight hours. In any case, the kid has been up twice already tonight and the husband has just left for work, so now is as good a time as any to scrawl out my thoughts.

As you know I’m an entrant in Bloody Cake News’ Prince of Fools Writing Competition, a celebration of the upcoming release of Mark Lawrence‘s new novel of the same name. Perusing the other entries on the site, I noticed a strange trend. Of the current 41 entires, only 4, possibly 5, are women.

This struck me as odd. During the releases of The Broken Empire Trilogy, the scientist in Mark polled his readers to discern their demographic, and the data seemed fairly conclusive. One might assume Mark’s darker, more realistic style of fantasy, would appeal to an absolute male majority, but his readership appeared to be quite evenly representative of both genders. It was skewed a little toward men, but not so much as to dwarf the female readers.

With this in mind, I expected the entrants to the competition to be fairly evenly gendered. Not so.
Upon mentioning this to Mark, he noted that the opposite was true of his photo competitions, where women far out weighed the men in entries.

What does this mean and why does it matter? The photo comp entrants prove the female readers are still around. They haven’t vanished into the never never of the internet, leaving a small clutch of fangirls to represent the sisterhood. From the photo competition statistics, it can be safely assumed the fan base built during The Broken Empire remains strong. So something else, something deeper and more complex must be at play.

Not so long ago, a discussion on Twitter including Mark, his editors and a number of other genre authors sparked speculation there was an odd leaning in Fantasy writing. That lean is pushing female authors, sub-consciously or overtly, toward a softer, more romantic style. Is it editors or readers driving the trend? It isn’t clear, but from my own experience, it was suggested to me that I try to emulate a certain Australian author known for her romantic fantasy.

The thought made my skin crawl – I don’t do romance. It’s fine for those who love it, but for me, I’d rather my characters chop heads off and drink the blood of puppies. This caused me to wonder, given the conversation I observed on Twitter and this new information coming from Mark’s competition, that perhaps there is a lack of women writing darker, realistic fantasy.

For the life of me I can’t figure out why! I don’t look at the author’s name when I’m buying a ‘new’ book, that is, from an author I haven’t already read. I look at the cover, the title, the blurb, the recommendations. I picked up Prince of Thorns in 2012 because the recommendation on the cover said it was on par with George R. R. Martin. The rest, the dead bodies and swords on the cover and the description on the back, helped confirm the choice. Never the gender of the author.

But then I looked at my shelves… All the female authored books I own have a romance as the central conflict/plot in a fantasy setting. Douglass, Daniels, Marillier, Eddings – all focus on romance. All the blokes focus on politics, war and the broader struggles of society. Feist, Martin, Brett, Lawrence – swords and sorcery all the way. There are romances in the narratives of course, but they are firmly set underneath the primary plot.

Interestingly, I find I’ve been writing like the men. There are intimate relationships in my narratives, but they aren’t the driving forces of the stories. They are secondary, complicating issues that hamper and hinder, or bolster or strengthen the character. They aren’t the focus.

Is this why there are so few women entering the competition? Is it that, of the vast readership of Mark’s work, only a sliver of the women are writing in the same genre style? Is this at all a bad thing? Or is it just unexplored terrain, like men writing tumble in the sheets romance?

I sense the latter is the case. In the meantime, I’ll keep writing my stories how I like, writing what I prefer to read, and we’ll see what trends the future brings.