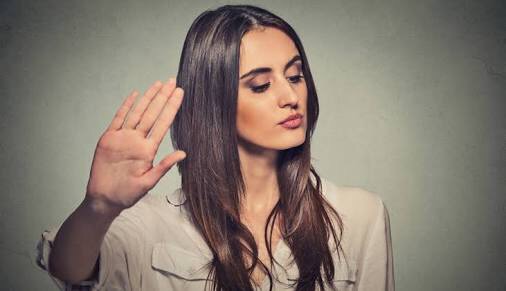 ABC Australia recently published an article about social media, asking if interactions ‘in real life’ were now ruder as a consequence of online interactions.

It got me thinking…

What counts as rude, how do we define it? Generally, it’s an action or response that goes against the commonly accepted status quo, or etiquette of a social group.

I’ll give an example, from real life (it happened today), to demonstrate my point.

In a waiting room today, a man approached the empty seat beside me and announced to the room, “I’m going to sit here, beside this pretty one.”

It made me uncomfortable, because in our society it’s acceptable for a man to say that to a woman he doesn’t know, in a public place, but it is unacceptable and therefore rude for that woman to defend her right to exist in that public place without sexist comments being lobbed at her.

If I were to challenge this man for making that comment, to my face in real life, it would silence the room. No one would speak, no one would move. People would consider me impolite or making a scene. They would think I was being rude, when in fact I’m simply stating, as is my right, that I don’t appreciate that sort of treatment and that it needs to stop.

This brings me back to the original question: has social media made us ruder in real life?

Social media has given women and people of colour, people who belong to minorities and people with disabilities a voice, when they were previously unheard. It’s given us a platform to speak from, and to realise that we are not alone in our experiences, or in how we feel about the way we are treated. It has shown us, that our thoughts, feelings and rights actually matter, and that we can defend ourselves, should we choose.

It might begin with a response to a tweet, or a blog post like this, but eventually, you realise that you have been right all along, and when the next person comes at you with their sexism or racism or discrimination, you jump on it.

And because for so long, we have copped it sweet, smiling and nodding like we’re happy to receive the kick in the guts you dish out daily, when we bite back, it draws blood. It shakes the foundations of what has always been accepted, just a little. There is a disturbance in the Force, and for a moment at least, balance is restored as the same old bullshit is given a shove.

The thing is, social media isn’t making people ‘rude’, it’s making people confident. It’s giving people the power and the self belief that they can bite back, but when we do so, it is considered rude. We are challenging what has been blindly accepted for so long, and we do it on the back of the knowledge that we are not alone and we are not the only ones.

Perhaps, it’s about time to consider the people committing the sexism and the racism and the discrimination as the ‘rude’ ones, not those who call it out when they see it.

One thought on “The Rude Truth ”